The resignation of Senate Majority Floor Leader Dan Kelly has had a domino effect of sorts for the State Senate in terms of leadership positions and committee chairs. Last week, Sen. Robert Stivers was elected to succeed Kelly as Majority Floor Leader, which left open his position as Chairman of Judiciary.

Today these appointments were made: 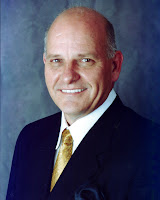 - Sen. Tom Jensen has been appointed Chair of the Judiciary Committee, which leaves open his position of Chairman of the Natural Resources Committee. Jensen is an experienced legislator, attorney, and Chairman so the transition should be relatively smooth.

Photos courtesy of the LRC.