The Budget Review Subcommittee on Education met in Frankfort and heard testimony on Career & Technical Education (CTE) efforts across the Education Cabinet, KDE, CPE & KCTCS. My notes are below along with links to the slides.

Education Cabinet
Secretary Ramsey, Deputy Secretary Nemes, and Commissioner Gordon updated the committee on key initiatives. Their slides are available HERE. - 4200 students have received $6.8 million in Work Ready Scholarship- Dual Credit Scholarship - The data was from 2015-16, so not very helpful on recent trends, but about $15 million has been spent on the program. - Work Ready Skills $100 million bond fund - Monies have been spent, now in monitoring phase - $220 million total ($98 million state dollars and $121 million in matching funds locally) - Expected to increase training capacity for more than 20,000 employees- Apprenticeships - $1.5 million in federal funds to expand apprenticeships, 251 programs serving 3,391 apprentices- KY TECH (Get from slides)- KY Career Center (Get from slides)- KYStats Funding - Decreasing by 45% in December 2019. Funded mostly by grants $5.9 of 6.8 million. KDECommissioner Lewis and Associate Commissioner David Horseman gave an overview of KDE initiatives and budget priorities related to CTE. Slides are available HERE and my notes are below:- Gave an overview of New Skills for Youth as it is an attempt to encourage districts to share resources. Regional partnerships are critical particularly in CTE, because resources are scarce and employers recruit larger areas than one school district - Employer engagement Strategies were discussed, but no mention of the work on essential skills except that they were soliciting the skills from the Workforce Investment Boards.- 20 career pathways that contain general ed as well as technical training, most are grades 9-14 and some are 9-16- CTE Task Force - Concerns raised by KDE1. State vs Local centers creates issues on funding and governance2. Lack of Funding for High Demand CTE programs3. Funding formula for Local Centers - Statutory funding formula not usedCommissioner Lewis spoke about significant funding need in CTE. Gave an example of Ohio CTE, half the number of technical high schools, but double the students and much better quality. Seems to be saying that we need fewer technical schools and better collaboration between state and local districtsSen. Wilson in remarks seems to be saying that the CTE Task Force work will be to unify system, fund the system, and deal with qualified teachers of CTE courses. I would expect this will be a big issue next session CPE & KCTCSCPE President Thompson & KCTCS President Jay Box spoke on how to improve CTE in postsecondary education.

Thompson shared the following key points in his opening remarks:
-  CPE is asking the question...is the credential we are offering producing value for student and needed by business
- Trying to build employability skills into fabric of programs
- Need to consider rebranding work ready scholarship to the "free college" program that it is
- Need to build capacity with underserved students
- Need to invest in higher ed, but need to do it strategically and in results

President Box utilized these slides and made the following key points:
- He opened giving examples of several ways KCTCS has been partnering with the business community, specifically the KY Association of Manufacturers with KY FAME and their Go Pro in Manufacturing Signing Day.
- Have changed their program mix to be more focused on students getting certificates and not necessarily transferring to 4 year institutions. From 55% to 45% in terns of transfer students and 45%-55% for students not transferring and going direct to the workforce. Sees that trend continuing.
- KCTCS advocated for fully funding the performance funding formula and to increase dual credit rate reimbursement for KCTCS.
Posted by dustin.miller10 at 1:25 PM No comments:

The Interim Appropriations & Revenue Committee met yesterday in Frankfort and took testimony on the SEEK formula, KRS actuarial assumptions, and Tobacco Settlement dollars. My notes and relevant presentations are below.

SEEK Presentation
Robin Kinney and Chay Ritter from KDE gave a very factual presentation on how the SEEK formula works and how local districts can equalize funding. The presentation is encapsulated on these slides. There was no specific ask from KDE and this was very much an informational presentation.

There were several legislative questions, but most were directed at technical formula items and not necessarily policy items around SEEK.

KRS Actuarial Assumptions
KRS Executive Director David Eager provided an overview of current and revised actuarial assumptions for the public employee pension system.
Slides are available HERE. Two key takeaways are:
1. New actuarial assumptions in the KRS system related to mortality, retirement age, etc will add significant cost to the state budget as well as local government budgets over the next 20 years.
2. The KRS is in a positive cash flow situation (taking in more revenue than paying out benefits) for the first time in several years, which Mr. Eager said is a good indicator of the near term health of the fund.

Lots of legislative questions ranging from questions on quasi-pension bill and impact to the state and the KRS to questions on financial health of KRS and need for broader pension reform. On the new assumptions, legislators were sensitive as to how the state and local governments would be able to afford these changes.

Tobacco Settlement Funds
The committee received an informational overview on the Tobacco Settlement Funds provided by Perry Nutt, LRC Economist. The slides are available HERE and in particular went through past history of the MSA Fund and how those funds were appropriated in the current biennium.
- Legislators questions and comments were focused on positive impact of settlement dollars.
- There was no indication of any downturn in the funds over the near term.
Posted by dustin.miller10 at 11:41 AM No comments:

The Medicaid Oversight and Advisory Committee met in Frankfort for the first working meeting of the Interim. Senator Meredith chaired the meeting and the agenda included an update on pharmacy reimbursement issues and a presentation by Department for Medicaid Services (DMS) on SB 5 implementation and new MCO contracts. Here are the takeaways:

Throughout her comments, Commissioner Steckel focused on the positive steps that DMS has taken to work with independent pharmacies. She said that the Department has a “new found spine” and will not let the MCOs and PBMs “run us over”.  Steckel referred to “predators” during parts of her testimony, referring to PBMs and on several occasions stressed that she does indeed have authority over the MCO subcontractors, a different position from her predecessor.

Additionally, Steckel shared that DMS’s next priority is to begin looking into acquisition costs balanced with dispensing fees.

See the summary below by issue:

Carve-out – It’s still a topic of discussion among legislators. There were several comments that there’s still time to consider ahead of the new contract start date of July 1, 2020. DMS does not intend to weigh in on this issue.  They are working on a study similar to West Virginia to determine if savings would be realized if pharmacy is managed by the state. Myers and Stauffer and the DMS FFS PBM, Magellan, are working together to assist with the study. It will be complete by early fall at the latest. According to the Commissioner, it will be objective and DMS will “stand down” on this issue.

If DMS authority is not sufficient under SB 5, the pharmacists suggested that DMS could directly administer the pharmacy benefits and/or comprehensive PBM reforms.

Fees – There was lengthy discussion on post adjudication fees – DIR, GER, etc. The new MCO contracts will prohibit these fees but we should anticipate legislation to the do the same. The pharmacists told members that since 2013 these fees have increased 45,000 percent. They are being described as a money grab by the PBMs and it’s clear that some sort of education effort is needed to properly explain the processes and reasoning behind each fee.

Contracts – There was a fair amount of discussion by both DMS and pharmacists about PBM requirements related to national contracting and the mandatory participation in Medicaid networks. Both pharmacists and DMS want to prohibit this practice

Specialty Drugs – The pharmacists made claims that in OH, CVS dramatically increased reimbursement for specialty drugs because they benefit through the ownership and mandated use of their specialty pharmacy. Mail order was also mentioned.  Both are issues that have been discussed for years.

MLR – DMS intends to recoup back to 2016 pharmacy funds that were not included as part of claims for purposes of the MLR.

SB 5 MAC rate approvals – Jessin Joseph walked through the process that DMS is working through to monitor and approve rate changes per SB 5. He commented that the intent is to move back to an aggregate approval process in the future.

Other – DMS stated they are looking to move to a preferred drug list to streamline formularies among the MCOs.

A few positives from the meeting:

The pharmacists acknowledged that through working with DMS on SB 5 implementation, reimbursement issues are being addressed.

They acknowledged the positive steps the General Assembly took with the increase in dispensing fees and seemed pleased with the contract requirements included in the RFP for the new MCO contracts to begin on July1, 2020.

The pharmacists shared that in 2017, 9 independents closed, but in 2018 there were 26 new independent pharmacies that opened and 13 more in 2019. This contradicts  previous statements that low reimbursements are continuing to drive independents out of business.

Meeting materials can be accessed HERE
Posted by dustin.miller10 at 9:37 AM No comments: 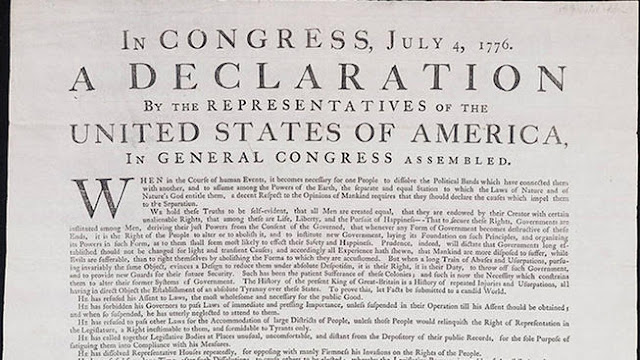